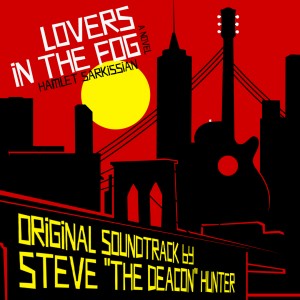 Original soundtrack for the audio book of LOVERS IN THE FOG is written and performed by Steve “The Deacon” Hunter. Additional music by OZMOTIC (tracks “Hum” & “Lymph”) and LIBERA (track “Voca Me” written by Robert Prizeman)

Born in Decatur, Illinois, Steve was drafted at 19 and served as an X-ray technician in Okinawa for two years. Back home in the US his first major recording was with Mitch Ryder and Detroit in 1971 where he met legendary record producer Bob Ezrin..